Chelsea could allow Trevoh Chalobah to leave the club on loan with Tottenham, Roma and Inter Milan interested in the defender… while Aston Villa are also monitoring the situation after losing Diego Carlos to a long-term injury

By Adrian Bishop and Simon Jones for MailOnline

Chelsea defender Trevoh Chalobah is attracting interest from Tottenham, Roma and Inter Milan. The 23-year-old could be cleared to leave on loan this summer and Aston Villa are also monitoring developments.

After joining Chelsea aged eight, Chalobah was first offered a professional contract at the club in 2016.

The defender struggled to break into the star side under various managers in the years that followed, and spent time on loan in the Football League with Ipswich and Huddersfield and also had a spell in League One with Lorient in 2020. 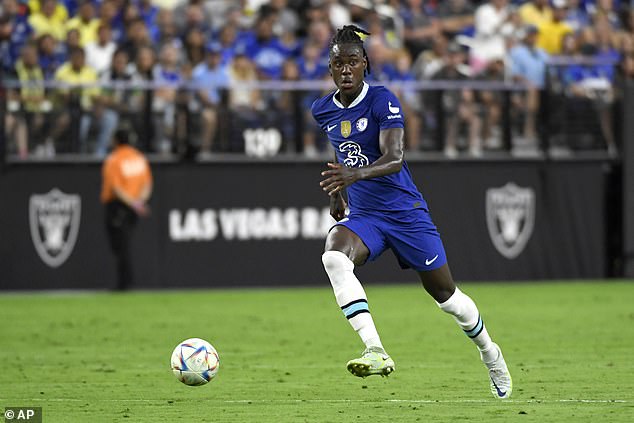 After enjoying a breakout campaign last season, Chalobah is yet to feature in the Premier League this season

After returning to the club last year, Chalobah eventually broke into the first team under Thomas Tuchel and scored on his Blues debut by beating Crystal Palace on the opening weekend of last season.

The England youth international would go on to play an important role at the club last season, making 30 appearances in all competitions and making two domestic cup finals as Chelsea retreated to Liverpool in the FA and League Cup.

However, following the arrival of Kalidou Koulibaly, and with Tuchel considering a move for Leicester defender Wesley Fofana, Chalobah appears to be on the fringes of the first team at Stamford Bridge once again for the current campaign. 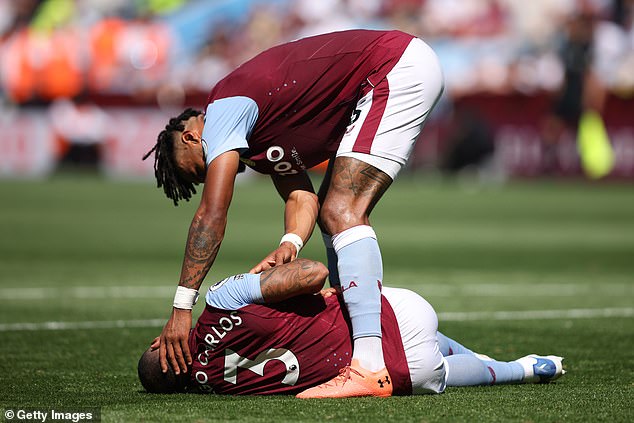 A loan move to Aston Villa could be beneficial for all parties, with Steven Gerrard desperate to bolster his defensive options before the transfer window ends on September 1.

Diego Carlos arrived at Villa Park for £26m earlier this summer to compete with Tyrone Mings and Ezri Konsa at the heart of the clubs defence.

Gerrard could be forced to dive into the transfer window, however, after the former Sevilla star now looks set for an extended spell on the sidelines after suffering a ruptured Achilles tendon in Villa’s win over Everton.